A lot of churchgoers yearn for soothing sermons. Meanwhile, a growing company seeks to understand authority, brokenness and Resurrection life.

Who are these “others” who have their eyes wide open?

They are too loud for most. They pray longer and deeper than what is “acceptable” in respectable circles. They do their duty and suffer through meaningless concerts, seminars and “Christian events.”

But their hearts are not in it.

Many Christians don’t want to talk about spiritual warfare because they hate confrontation. These “others” know we are at war with principalities and powers of evil. These “abnormals” are secret weapons—set apart for that perfect moment when God will unleash them on an unsuspecting world.

In order to salve their conscience, those who oppose this remnant call them “abnormal.” But they are not abnormal. They are very normal. We have been subnormal for so long that normal looks abnormal.

Maybe you are one of those Jesus-followers who loves just a little too much—who wants more than everyone thinks is right. Maybe they roll their eyes when you talk about things—awesome things you believe God can still do in this dark and evil time. Remember: to some Christians, you are a fanatic.

But to them, the definition of a fanatic is anyone who loves Jesus more than they do …

They tell you your agitation is abnormal. They tell you to relax, but that just stokes your inner fire. They tell you, “God is in control and you don’t have to worry.” But you remember the Word of God, and it tells you to do something. You know that God combs the earth for willing vessels who will throw off the glad rags of religion, take up the mighty weapons of God and thrust the sword of the Spirit into the heart of the powers of darkness.

Well my “normal” friend, it is time for you know what God is about to do. It’s time for me to explain you, to you.

What will explain you, and then launch you, is this simple fact: God will not give up America without a fight. He will strike with a force and fury that will leave the God-haters stunned and limp.

The concussion will also be felt within the church. Those preachers who traded their divine calling for the rewards of this world—those who flattered and dulled the saints—those who turned God’s army into a harmless social club—will be exposed. Those who killed the natural urgency of the body of Christ will be judged in this life, and not just in eternity.

Here’s what wrong with you, my “normal” friend. You have seen the lie. You see that what lies beneath so much of today’s preaching is defeat. What they consider to be an uplifting message is in fact the white flag of surrender. It is summed up in this simple fact: They do not believe America can be saved.

They have resigned themselves to a new goal—a false goal—because they have lost faith in God’s goals.

Satan has sold the church fool’s gold. Instead of taking up weapons mighty to the tearing down of strongholds, we pursue money, cheap grace and celebrity, because of defeat and unbelief.

So now the stage is set for the “normal” people to be used in extraordinary ways. Believers who will soon be revealed to be secret weapons, are waiting on God at the very moment. Broken hearts are the birthplace of the impossible. Many don’t know what’s happening to them. They can’t explain their birth pangs.

They will begin by challenging and defeating the lies of false government and political corruption. Peter recognized when government crossed the line.

“But Peter and John replied, ‘Which is right in God’s eyes: to listen to you, or to Him? You be the judges! As for us, we cannot help speaking about what we have seen and heard’” (Acts 4:19-20).

Peter also understood what to do when a government tries to ban the Gospel:

“(The Jewish high council were) saying, ‘Did we not strictly command you not to teach in this name? And behold, you have filled Jerusalem with your doctrine, and intend to bring this Man’s blood on us!’ But Peter and the other apostles answered and said: ‘We ought to obey God rather than men’” (Acts 5:28-29).

The true warrior understands what is going on. They know the Left is coming after our freedom. They know how they will force feed our children the anti-Christ agenda.

What they don’t know is that you are waking up to your purpose and destiny. God has called you out of the rank and file, the “sleepy heads” who wander in and out of church. You are being groomed for special power in this hour.

The mighty God is creating people to turn the tide of wickedness. He doesn’t care about your age or your education. He searches for someone who is travailing over the evil, and who will die without power and purpose. They want to be in the fight—and they want to be in the thick of it.

You are not abnormal…you are simply becoming normal! What you were created to be! The Holy Spirit is energizing you to take a giant leap out of dead church life. You are about to make a courageous declaration of war on the godless ideologies that are destroying our nation.

You and I will see a harvest of lost souls. We will carry the gospel to those most victimized by America’s leftist plunge.

You are being overtaken by an irrevocable need to be in the middle of God’s greatest act in history. This is what the normal Christian life is supposed to be. Welcome to the war.

Mario Murillo rose from poverty in the Mission District of San Francisco. After being revolutionized by Christ, he felt a call to the University of California at Berkeley. His international ministry was launched after a four-day conference in San Jose, California, extended for six months with a total attendance of nearly 250,000 people. Since then, Mario’s voice has been heard by millions around the world, bringing a message that zeroes in on the hurts of society. He presents Christ clearly and intelligently, and openly declares the power of Jesus to totally transform a life. His simple declaration: Come and see. Christ has the power to end addiction, racism, violence and disease.

The post Mario Murillo: The Fuse to a National Awakening first appeared on Charisma Magazine. 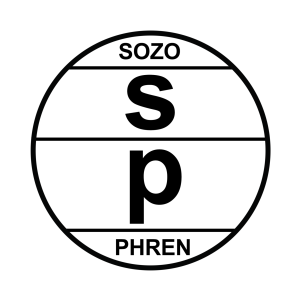